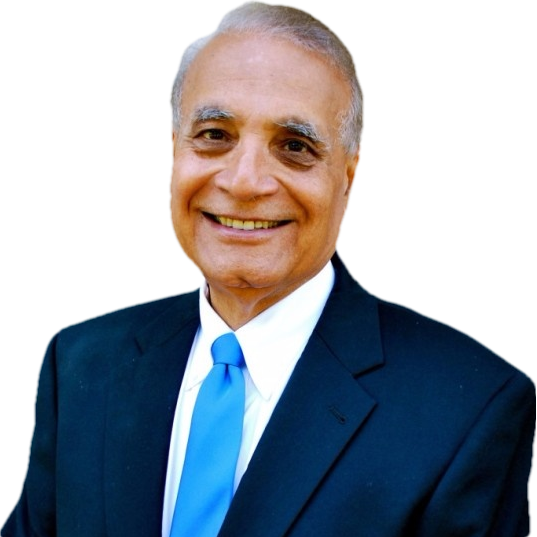 Verinder has run, bought, and sold large and small companies. His experiences have allowed him to work in conjunction with thousands of others, and sometimes alone. In this way, he understands what it means to stand out within a large corporation, and what it is to rely solely on one’s self.

Verinder is no stranger to success, or failure. He views both as necessary parts of running companies (and of life itself) and has grown through his challenges. In fact, his greatest strength is to apply the lessons learned and use them to help others out of the quagmires that are inevitable in life.

On getting his MBA from the University of Michigan, he joined The Quaker Oats Company. Starting at the bottom he reached the top rungs rapidly. Along the way, he became the Vice President of Strategy, helped Quaker acquire Golden Grain, the makers of Rice-A-Roni and Ghirardelli Chocolate, and then became its CEO. A few years later, he returned to Chicago to run the $2 billion food division of Quaker Oats, with its storied brands of Quaker Oatmeal, and Cap'n Crunch He has also been the CEO of Stella Cheese.

Working with a business partner, he started one company from scratch - Filterfresh Coffee of Chicago - built and sold it successfully. He knows what it takes to build, acquire, and sell companies. With the entrepreneurial juices still flowing, he started a consulting and mentoring company helping small to mid-size companies embrace his version of the Traction / EOS methodology to deliver superior results.

Around the same time, he developed a passion for teaching. He adapted his business and life lessons and created a rigorous educational curriculum from the ground up at Northwestern University. Teaching Leadership and Ethics, and the Principles of Entrepreneurship, Verinder was able to positively impact 912 students at last count, virtually all of whom have gone on to promising careers. Along the way, he also wrote the book: “Discover The Entrepreneur Within” to use in his classes.

He is – according to his clients and students – an exceptional Facilitator, Teacher, Consultant, Mentor, and Student.

Verinder is on a few boards and was also the Chapter Chairman of WPO, Chicago. He recently joined the YPO Gold Rocky Mountains chapter. Married for 41 years with two children, Verinder is an adventurer by heart, who believes there is no greater adventure than the journey inward, to unlock one’s true potential and helping others do the same.