Hiring the right product for the "job." 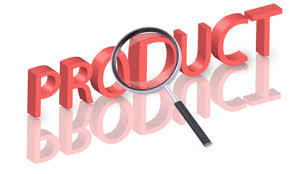 In my last post, we spoke about an article titled "Marketing Malpractice, published in the Dec 2005 Harvard Business Review"

Professor Clayton Christensen and his colleagues posited that each product or service had a "job to do" and understanding this job was the key to making the product successful.

The article described the efforts of a large company trying to increase its sales of milkshakes. The company first did a demographic segmentation of the market so it could define the primary milkshake customer. It then experimented with ways to make the milkshake better.

They tried making it thicker, thinner, more chocolate, less chocolate and adding fruit. None of these tests led to higher sales.

Professor Christensen and his team took a different tack. They started by observing who used the product, when it was used and why they used it. They learned that the primary consumers of milkshakes in the morning were commuters driving to work who wanted something that would keep them full until lunch. The milkshake was a substitute for eating a bagel or a doughnut in the car and it was far less messy to consume.

With this insight, the company did three things:

1. It created a thicker milkshake with chunkier fruit pieces for its morning commuter customers. This took longer to drink and was more filling. The fruit pieces also added a bit of playfulness.

2. A faster pay option was added since these customers were generally in a hurry.

3. At the same time, the company realized that this thicker milkshake was not desirable for children who came in the afternoon with their parents. Did a parent really want to look at their kid sipping a milk shake for 30 minutes? Even parental love has limitations. For this segment, a thinner milkshake was created.

The key question that should always be asked is: "What is the job that the product is being hired to do?" Thousands of new products are introduced each year with 95% of them failing. So many products fail because companies focus on products that they can and want to make, rather than on what the customer wants. Renowned Harvard Marketing Professor Theodore Levitt succinctly captured this idea: "People don't want to buy a quarter inch drill. They want to make a quarter inch hole."

"Marketing Malpractice" also offered another key insight: "With few exceptions, every job that people need or want to do has a social, functional and an emotional dimension."

These three dimensions, social, functional and emotional, are the bundle of value that we have been searching for.