Art of Selling: Part I 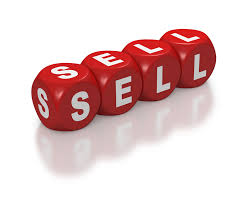 Good marketing, it has been said, can make selling obsolete. Apple is an excellent example of this phenomenon. When you get to an Apple store, you don't have to be sold much. You have already sold yourself, but even Apple has to do some selling. First, it has to convince you to go to the store and then subtly sell you when you are there.

Beyond the selling that is required to attract customers, you should also develop personal selling skills. You will need these in many situations, including persuading your teammates to join you, getting potential customers to give you a try, convincing suppliers to ship you raw material and cajoling investors to put up money.

"Everyone lives by selling something." - Robert Louis Stevenson

The Art of Selling

If selling is an essential part of life, why is it that so many of us are afraid to sell? Are you afraid to sell? The fear of failure and being rejected undoubtedly plays a part.

Many people's distaste may also come from having been sold something they did not want. The memory of having bought a used car from an old style car dealership may still haunt you. At that dealership, you were exhausted standing in the burning sun on a Saturday afternoon, sweating in your clothes on the hot pavement and most likely arguingwith a particularly persistent car salesman in a polyester suit. You can remember the haggling, with a gnawing certainty, that you were not getting a square deal. The salesperson knew he would never see you again and you just wanted to get it over with and run. This is called transactional selling and can often leave a bad taste.

Zig Ziglar suggests a different approach to selling. "How should you prospect? Display a genuine interest in the other person." Let us call this relational selling. As the name implies, this philosophy entails developing a relationship.

Let us look at one of its key elements:

1. Relationships are the key to life. Emotional Intelligence - meaning how you deal with people - trumps IQ every single time. Even 10 minutes can appear like eternity if you decide to connect with another person on a human level. In our modern milieu, overrun by social media, we mistake casual interaction for relationships. If anything, there is an even greater need for relationships today because of the overwhelming superficiality. Time and time again, my experience has shown me that people yearn for a meaningful conversation, a deeper connection than the ubiquitous "hey."

Rich Cardillo is one of the best sales and people's person I have ever met. When he took over the Colorado sales operations for a large company, one of his first calls was on an irate client. As he entered the room, he noticed pictures of fish and fishing everywhere. Rich, being an avid fisherman himself, found the perfect conversation icebreaker. Yes, the problem was addressed, but it was the personal connection that cemented the relationship. Twenty years later Rich and that client, now retired, still go fishing together every year.

Does the story sound far-fetched? Try it. You will be surprised. Listen to the customer of course, fix the problem quickly, but go further. What if you made all encounters an effort in human understanding rather than an exercise trying to figure out "What can I get out of this as quickly as possible?"

What kind of approach would you like someone to take with you?

We shall look at the other key elements of this in our next post.