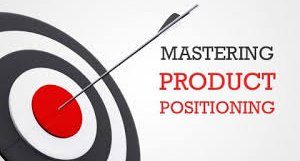 You have learned that industries can be segmented in many ways. The combination of these attributes creates a bundle of value that positions the product.

In "Breakthrough Branding", Catherine Kaputo offers the following definition of Positioning: "a clear benefit or promise of worth that your product can own in the minds of prospects and (one) that is different from that of its competitors."

Kaputo believes that there are two big motivators in branding:

1. An appeal to benefits and consequences such as going to McDonald's and being confident that you will get the same thing every time.

2. An appeal to the emotions and desires of people to belong to a certain group or set of ideas, which then becomes an identity. Have you ever been passionate about a sports team? Have you ever donned your favorite band's t-shirt and felt like you were part of something bigger? If yes, then you've already started crafting your own identity.

Ms. Kaputo offers several possible positioning strategies. I have picked five of these to focus on. You may want to read her excellent book and view the entire list and learn much more about marketing.

1. "Own an Attribute - (such a) positioning appeals to the left side of the brain, the rational side that wants clear-cut distinctions about brand benefits and characteristics. For years, Verizon Wireless positioned the brand around having a superior cell signal with its "Test Man" and its breakthrough "Can You Hear Me Now?" advertising campaign. Having a better cell signal was a great attribute to own because it meant more reliable service.

2. "Target a Specific Group - Look at the old "I'm a Mac and you're a PC" campaign. Who do you identity with? The hip Mac guy or the conservative PC guy? The Mac guy appears on the right and is much younger and dressed in jeans. The PC guy wears nerdy glasses, ill-fitting khakis and a jacket and tie. The campaign appeals to people who aspire to hipness and it helped propel Apple's share of the computer market, attracting large numbers of former PC owners to make the switch.

3. "Be the First - Being the first in a category is powerful... Jeff Bezos created the first online retail bookstore. It is still number one and has expanded successfully beyond books.

4. "Be the Leader - Bill Gates set out to be the leader in computing with this mission: 'A computer on every desk and in every home, all running Microsoft software.' It was a breakthrough branding statement for computing in 1975...when few people had a computer or could even imagine using one in their personal lives.

5. "Align with a Cause - Look at TOMS Shoes: for every pair of its iconic cloth, rubber-soled "alpargatas" shoes sold, TOMS Shoes gives away a pair to someone who needs it."

Some of the other possibilities include positioning as a maverick (Apple originally, but not now), having a special ingredient (Stevia in Truvia), connecting with a celebrity (Nike and Michael Jordan) and being the low cost leader (Walmart or even Amazon). While some of these examples are not recent, they do explain the concepts well.