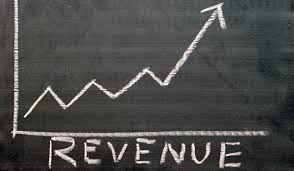 Revenue (or sales) is the money generated by selling a product or service. Without revenues can a business exist? In the vast majority of cases, no. There are some startup exceptions, especially in Silicon Valley, where businesses are funded in the hopes of hitting a home run later. Instagram and Snapchat are recent examples of this phenomenon but are rare instances.

There are many ways to generate revenues:

Do not get hung up on the exact classification such as whether Netflix is a subscription or a membership service. Just understand that there are many ways to generate revenues. Businesses often combine several of these sources.

Bottom line, by mixing and matching different processes there are a variety of ways to generate revenue.

In considering revenues, you must not only think about the units you will sell, but also the selling price. There is no exact formula to determine the right price. While competitive prices can provide a barometer, the fundamental factor is the value perceived by the user of your product. Existing businesses also must reexamine their prices periodically. Many consumer items go up in price with inflation. Some products continue to add real or perceived value and are priced accordingly.

We will look at Costs in my next post.