"What should I do, how should I live, and whom should I become?" are questions that we all ask ourselves.

Some of the books that have given me considerable food for thought are Flourish, The Happiness Advantage, and The How of Happiness. However, the best book to start this journey, might be Jonathan Haidt's The Happiness Hypothesis, wherein he searches for answers by examining 10 great ideas. The book is loaded with scientific evidence and thoughtful discourse. Here are my five key takeaways that I hope will make you want to read the book:

1.The Elephant and The Rider - The Divided Self

The "foundational idea" of the book is that the body is a set of divided, autonomous parts, often at war with themselves. The Elephant is the evolution of the body over tens of millions of years. It works on automatic pilot: think about driving your car to the airport. Virtually everything - the steering, checking the traffic, knowing what time you have to be at the airport - essentially occurs without much thinking. The elephant controls 99% of our actions, including our emotions and intuition.

The Rider - the brain - is of recent vintage. It has given us the gift of thinking, organizing, planning, and worrying. It believes it can control the elephant, but it does not. It acts more like a lawyer for the elephant, making excuses for its behavior. It does not seek the truth; rather it looks for justification.

2.We Are All Hypocrites

Machiavelli: "the great majority of mankind are satisfied with appearances, as though they were realities, and are often more influenced by the things that seem than by those that are."

Alas, this happens to be true. Also, "We judge others by their behavior, but we think we have special information about ourselves--we know what we are 'really like' inside, so we can easily find ways to explain away our selfish acts and cling to the illusion that we are better than others."

Virtue was central to all cultures as evidenced by the teachings of Confucius, Buddha, and the Greek philosophers. But the notion of virtue has been dumbed down.

"Where the ancients saw virtue and character at work in everything a person does, our modern conception confines morality to a set of situations that arise for each person only a few times in any given week: tradeoffs between self-interest and the interests of others."

"Many moral education efforts...take the rider off of the elephant and train him to solve problems on his own.... the child learns how (not what) to think. Then...the rider gets back on the elephant, and nothing changes... Trying to make children behave ethically by teaching them to reason well is like trying to make a dog happy by wagging its tail. It gets causality backwards."

4.We Need Divinity With Or Without God

"Our life is the creation of our minds, and we do much of that creating with metaphor. We see new things in terms of things we already understand: Life is a journey, an argument is a war, the mind is a rider on an elephant. With the wrong metaphor we are deluded; with no metaphor we are blind." Divinity often provides the needed metaphor.

Peak experiences, Religion, or being awe-struck by nature can all lead to the "aha" moment when the notion of divinity engulfs us.

5.Happiness Comes from Inside and Outside

The formula is: Happiness = S + C + V, where "S" is the genetic set point; some people are just happier. "C" are the life conditions and "the biggest part of C...is love. The second most important part of C is having and pursuing the right goals, in order to create states of flow and engagement." "V" are the voluntary activities we engage in, including meditation. The more we serve, the more are are alive and happy.

Happiness comes from both controlling our elephant and our connections with the world. "(It) is not something that you can find, acquire, or achieve directly. You have to get the conditions right ... Some of those conditions are within you, such as coherence among the parts and levels of your personality. Other conditions require relationships to things beyond you: Just as plants need sun, water, and good soil to thrive, people need love, work, and a connection to something larger... If you get these relationships right, a sense of purpose and meaning will emerge." 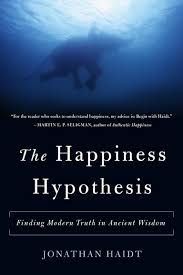 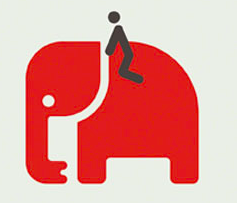 Want a bit more? My 9-page summary is attached here.

But the best thing to do is to read the book, think about it, give me a call, and compare notes.

Author of Discover The Entrepreneur Within